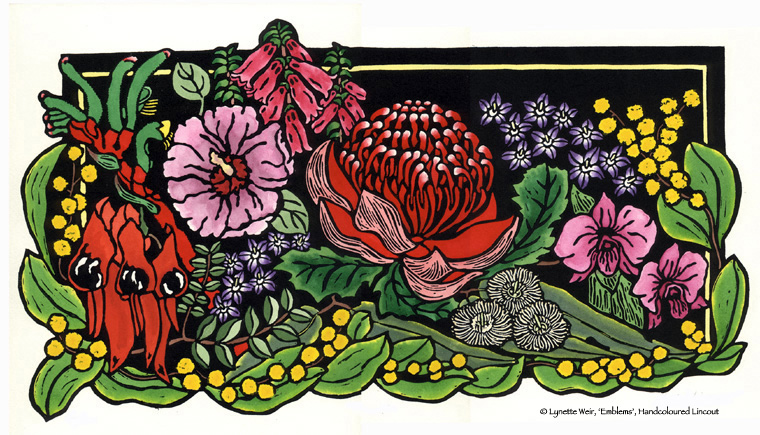 Last week the Australian Government’s Arts Minister Simon Crean released the new ‘Creative Australia – The National Cultural Policy’. It has been 20 years since the government released an Arts or Cultural Policy so it was well overdue. I did think it was worth looking at the policy.

It is up to more qualified people than me to assess the full policy but I thought it would be good to take note of it here and what the Arts Minister, some of the Arts Organisations and the media had to say about. You can look up all the references below and make up your own minds as to what implications it will have for your own arts practice.

One of the major difficulties for myself and many others is that as ‘mid career’ artists often struggle far more than emerging artists. There is much more support for ’emerging artists’ at the beginning of their artmaking careers but these opportunities dwindle as you get into ‘mid career’. I do find the definitions difficult especially for someone like me who has been in a kind of ‘holding circle’ for the past few years producing just a small amount of work due to being a Carer within my family for both elderly relatives and my own family needing extra support. Alongside this, I have had issues with RSI and shoulder surgery that has been impacting on my artistic output for the past few years as well. I feel like I have been in a kind of hiatus and am only now beginning to ‘restart’ my career. So does this mean the first few years count and the clock stopped on the ’emerging’ and is just now restarting? Definitions themselves can be used to both help and hinder.

The other aspect for myself is the fact that I don’t really ‘fit’ as either a ‘traditional’ artist in the sense that I am not a ‘painter’ but my subject matter is largely ‘traditional’ ie. flowers. the difficulty is it is also ‘design’ based and printmaking. This has often presented difficulties for galleries who have no idea where my work ‘fits’. They also may not understand printmaking and often have a focus on ‘contemporary’ artworks. The Australian Government website states: “Contemporary art is defined as art that is current, offering a fresh perspective and point of view, and often employing new techniques and new media. Current art means works by both emerging and also established artists.”

These were a few of the ideas I submitted when the government was calling for submissions towards the development of the new policy. 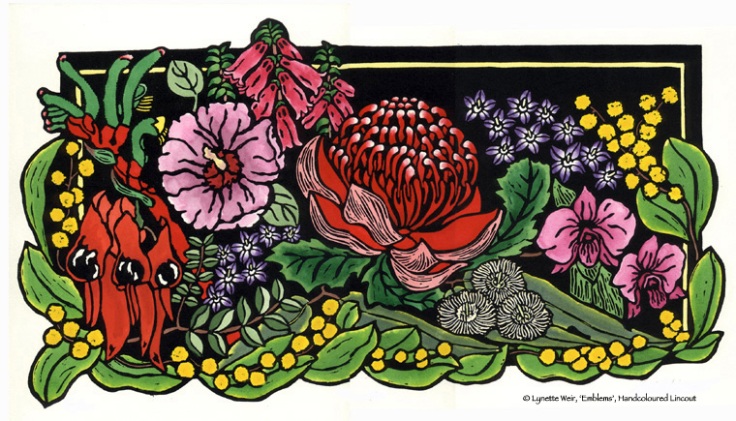 I was very impressed to see an Arts Minister who is enthusiastic about the arts and the promotion of Arts with education and within schools.

“It’s a policy that sees the artist at the centre of creativity.

A policy that sees creativity crucial to the nation’s future.

But most of all, a policy proud of our culture…

…a culture which uniquely defines us…

…a culture which is admired by others.”

“Culture is expressed in many ways through our stories, the way we live, speak, conduct public life, relate to others, celebrate, remember the past, entertain ourselves and imagine the future.

Our creative expression gives voice to us as individuals, challenges perceptions and helps us see the world through the eyes of others.

I, like many, have long held a passion for the arts.

It’s not just the enjoyment they bring, they’ve shaped and developed many aspects of who I am.

Just as they will have for everyone in this room and for anyone watching this broadcast.

I see the artist as central to us as a nation.

And to securing its future.

I believe government and society must continue to invest in the arts.

ABC Radio National Breakfast Program with Fran Kelly has an excellent interview with Mr Crean including him saying:

“So the artist in many ways is at the centre of creativity and a creative society is the key to a competitive, globally engaged economy. So this is something that is about defining us, something about the investment in the artist but something that sets us up for the future as well.”

Some analysis by Organisations:

The Conversation – Joining the dots: Indigenous art and language in the national cultural policy

Read more: Some analysis from the media:

Giving thanks to creative notions

“Creative Australia” puts art at the heart of the nation

Simon Crean’s cultural manifesto is worth a second look

Arts funding winners grin, but some criticism for Crean report

NOTE: Since writing this post we now have a new Federal Arts Minister – Tony Burke. Mr Burke came out as soon as the announcement that he was the new Minister & stated on Twitter : “Simon Crean produced an inspiring cultural policy in Creative Australia. It’s an honour to implement it as Arts Minister.”