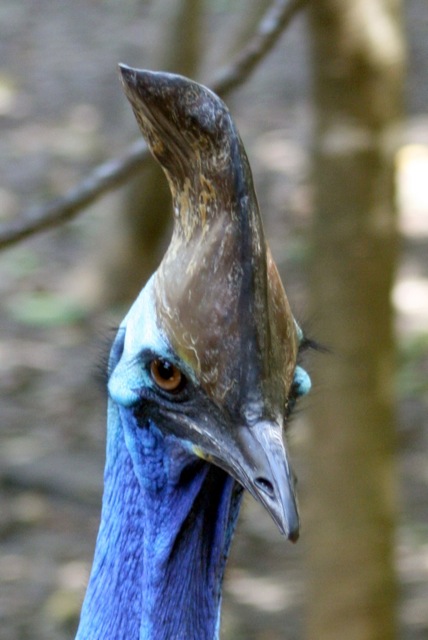 Cassowaries really are quite gorgeous even if unusual and dangerous birds. Who could resist those lovely long lashes and that stunning iridescent blue and red neck and red wattle. the males truly are champions as they are the ones that sit on the nest to incubate the eggs and rear the chicks. The female simply moves on to find another mate!! 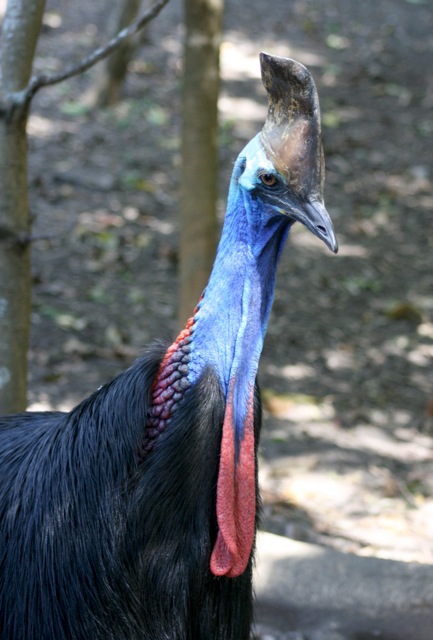 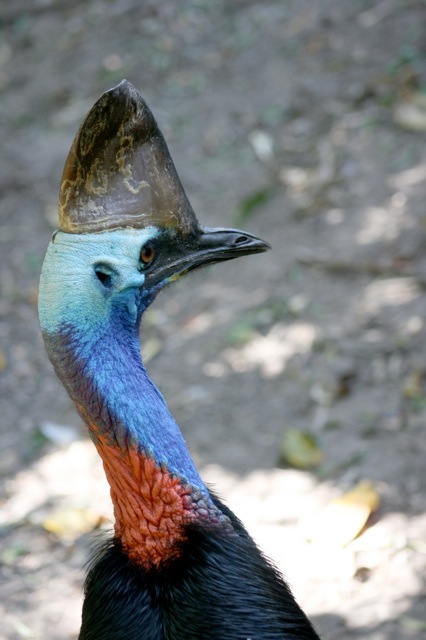 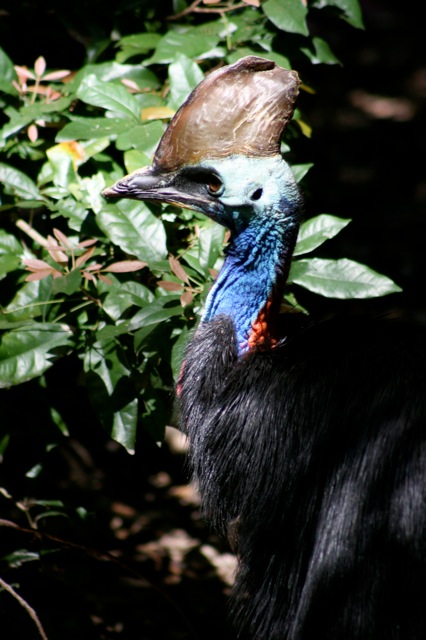 This is the Southern Cassowary – Casuarius casuarius – they are very large flightless birds with a body covered in black glossy feathers they are reminiscent of hair. 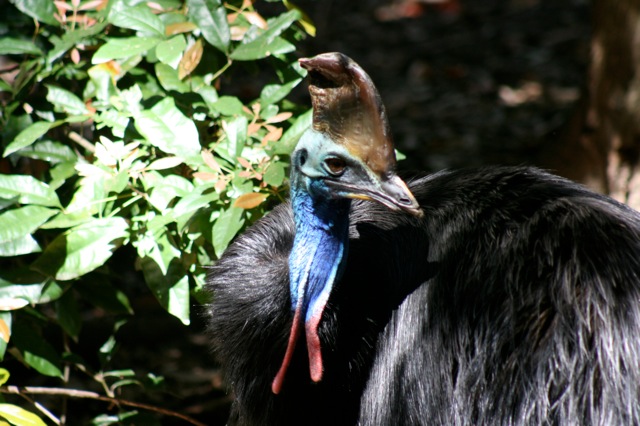 These birds however have a kind of prehistoric look about them with that large casque (that large brown dangerous looking tall ‘hat’ or helmet on its head) and those strong legs, feet and toes not only look dangerous they can inflict a lot of damage. They really should be treated with a lot of respect when encountered.

The Southern Cassowary has a limited habitat in far north Queensland and is listed as an endangered species with what is believed as less than 1500 left in the wild. They are also dependent on fruit that has fallen to the ground for their food.

If you look at the small distribution area of the Southern Cassowary you will realise that the recent devastating storm Cyclone Yasi hit just right about in Cassowary territory. After Cyclone Larry in 2006 the Southern Cassowary population is believed to halved due to starvation after the rainforest habitat they rely on for food and shelter. There are now a number of campaigns happening to help save the cassowary.

One of my favourite children’s books is one called ‘The Cassowary’s Egg” although it seems currently out of print it is well worth looking out for – a great, funny story with wonderful illustrations by author and illustrator Garry Fleming.